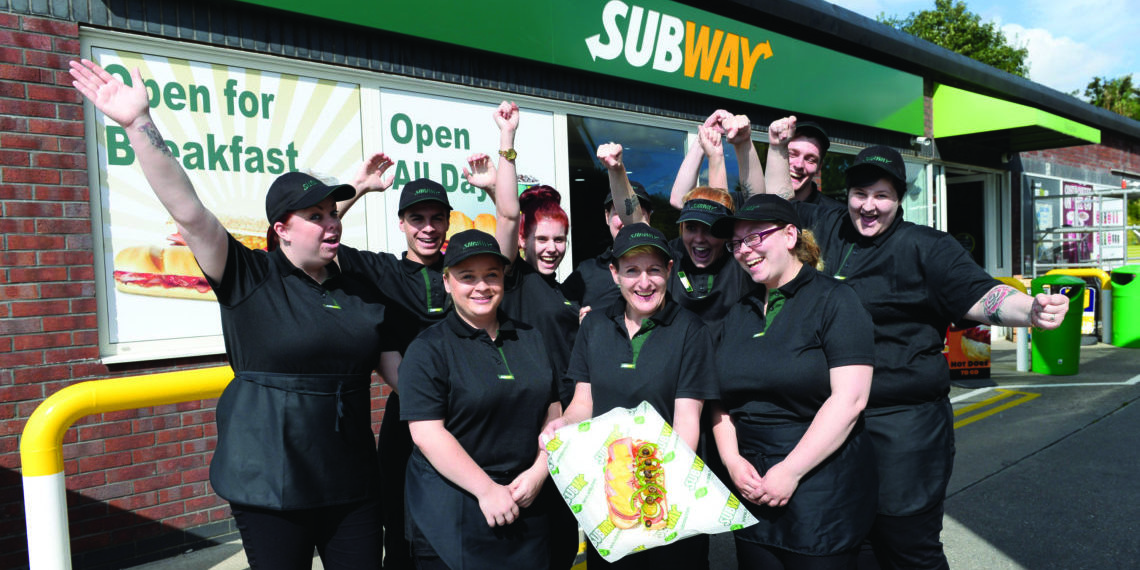 Twelve new jobs have been created following the opening of a brand new Subway at a west Hull service station.

Sewell on the go in Chanterlands Avenue is open 24/7, 365 days per year, and this is the second Subway sandwich franchise to open within the business this year, with the first in South Cave.

Chanterlands has opened to the public today (September 7), with a wide variety of opening hours throughout the week, alongside new indoor and outdoor seating areas in an overall £100,000 investment on the site.

A third Subway is planned to open at Sewell on the go Cottingham in October.

“Subway at South Cave, which was the first to open within our stores, has brought in news customers and created a lively atmosphere.

“At Chanterlands, there is lots of parking and easy access, and it’s in a well-lit, 24-hour location.

“The opening has also coincided with new branding and imagery on site, which adds to the visual appeal.

“There are 14 seats inside, as well as an outdoor seating area, and 12 new positions for sandwich artists have been created.

“Staff from our South Cave site are helping with the launch of Subway at Chanterlands, sharing their knowledge and experience, which is part of the benefit of being a local company.”

When Subway opened at the newly refurbished £1.5 million Sewell on the go site in South Cave earlier this year, 1,500 sandwiches were sold in the first week and 10 new jobs were created.

Sarah Jones, Sewell on the go Subway Supervisor, is based at South Cave and will also be based at Cottingham, but has stepped in to help launch Chanterlands.

She said: “I believe it’s going to bring greater choice and benefit the customer.

“We are utilising the existing space and it will bring new customers into the store.

“Subway is a really popular franchise and people I have spoken to about it coming to Chanterlands think it’s great, as it’s not far to go and it’s on their doorstep.

“We’ll have really good daily meal deals and offers, and there is a great variety.

“Quite a few of the staff have worked at Subway before, they’re enjoying the training and everyone is excited for the opening.”