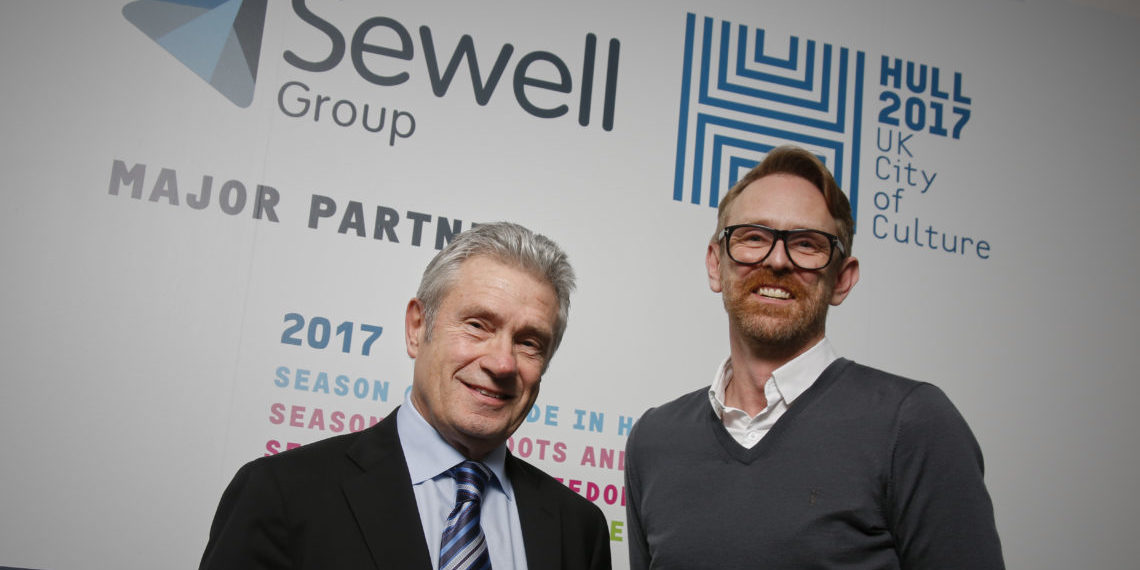 The Sewell Group has been announced as a major partner of Hull UK City of Culture 2017.

Reinforcing its support and commitment to Hull and the Yorkshire region, the business has given its backing to the nation’s next major cultural event.

As the first of Yorkshire’s entrepreneurs to sign up to be a major partner to Hull 2017, Sewell Group Managing Director Paul Sewell said it was vital that companies such as his get behind Hull 2017 and do everything possible to maximise its potential.

Mr Sewell said: “Hosting UK City of Culture 2017 is a phenomenal accolade for Hull and it is only right that local businesses and their partners now support them in making the most of the year.

“This is a major investment for a company like ours, but it’s also a major national and international event.

“No one wants to look back in 2020 feeling they could have made more of it. We have to grasp these opportunities now.

“Hull 2017 has a world-class team, headed by Martin Green, and the work that they are already doing means we have great confidence in them.”

Businesses across the region are being encouraged to show their support for the year, with Kingstown Works Ltd (KWL) announced as a principal corporate partner in December, alongside major corporate partners Yorkshire Water and BP.

Mr Sewell said: “This is more than just being a sponsor. Very much like our appearance in the Sunday Times Top 10 places to work, Hull UK City of Culture 2017 is about pride and engagement. It’s about how it will benefit the region, when the spotlight is upon us. It is a cultural event, but it has a distinct economic benefit. We have to leverage that, starting with our 400 people, our supply chain and partners, and going out further to the wider community.”

Martin Green, Chief Executive Officer and Director of Hull 2017 said: “I am absolutely delighted to welcome Sewell Group on board as a major partner for 2017.

“Sewell has an impeccable reputation across the country as an excellent employer and has a long history of commitment to the regeneration and growth of Hull.

“As a large regional business signing up at major partner level, I look forward to working with the Sewell Group team to transform Hull into the city we all know it has the potential to be.”