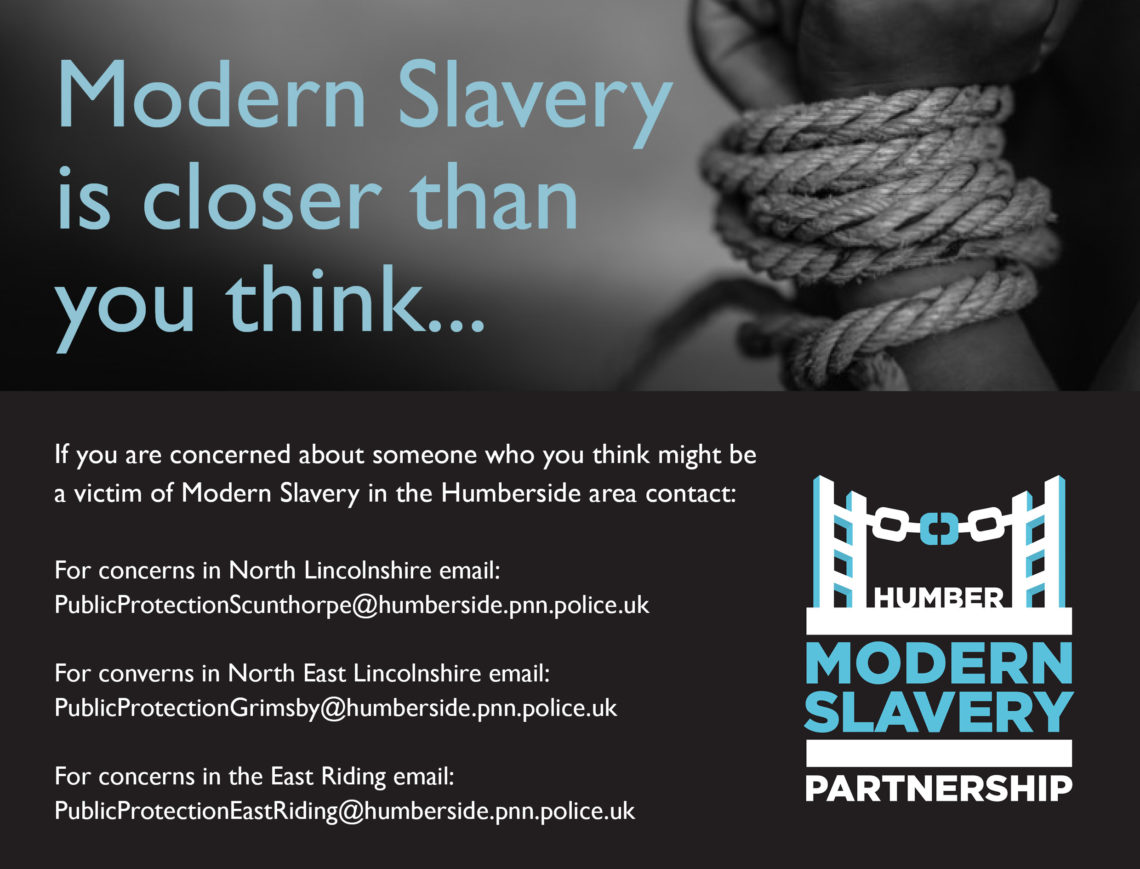 A campaign by the Police and Crime Commissioner’s Office and the Humber Modern Slavery Partnership is being supported by the Sewell on the Go.

Earlier this month, Police and Crime Commissioner Keith Hunter launched car stickers to raise awareness that some people are being exploited financially by their employers or in exteme cases, are the victims of human trafficking.

The stickers highlight the telephone number and website of the Modern Slavery Helpline where suspicions can be reported and are printed in three different languages.

This week, Sewell on the Go has agreed to distribute the stickers through their 13 fuel and convenience stores across Hull and East Yorkshire, as well as displaying posters and information on notice boards and media screens in store.

Humberside Police and Crime Commissioner Keith Hunter said: “Modern slavery is happening right now across our area. Vulnerable individuals from across the world, but particularly eastern Europe, are being enticed to come to the UK by criminal gangs on the promise of employment and a better standard of living.

“Only when they arrive do they find out the reality, being paid wages far below the minimum legal standard, if they are paid at all, with the gangmasters exploting them for profit. Our campaign is to highlight the fact modern slavery is a reality, how people can spot the signs and report it. Humberside Police are already doing excellent work to uncover cases of modern slavery and prosecute those responsible but we all have a part to play.

“I’m delighted Sewell on the Go has agreed to support the campaign and help to raise awareness of this crime and how to prevent it.”

Patrick Sewell, Managing Director of Sewell on the go, said: “This is clearly a very important matter which warrants more profile and awareness, and we’re pleased to support this campaign locally.

“I’m also overtly aware of the issues nationally through my role as Chairman of the Association of Convenience Stores and I hope this can be a catalyst for other retailers elsewhere in the country to get behind the campaign.”