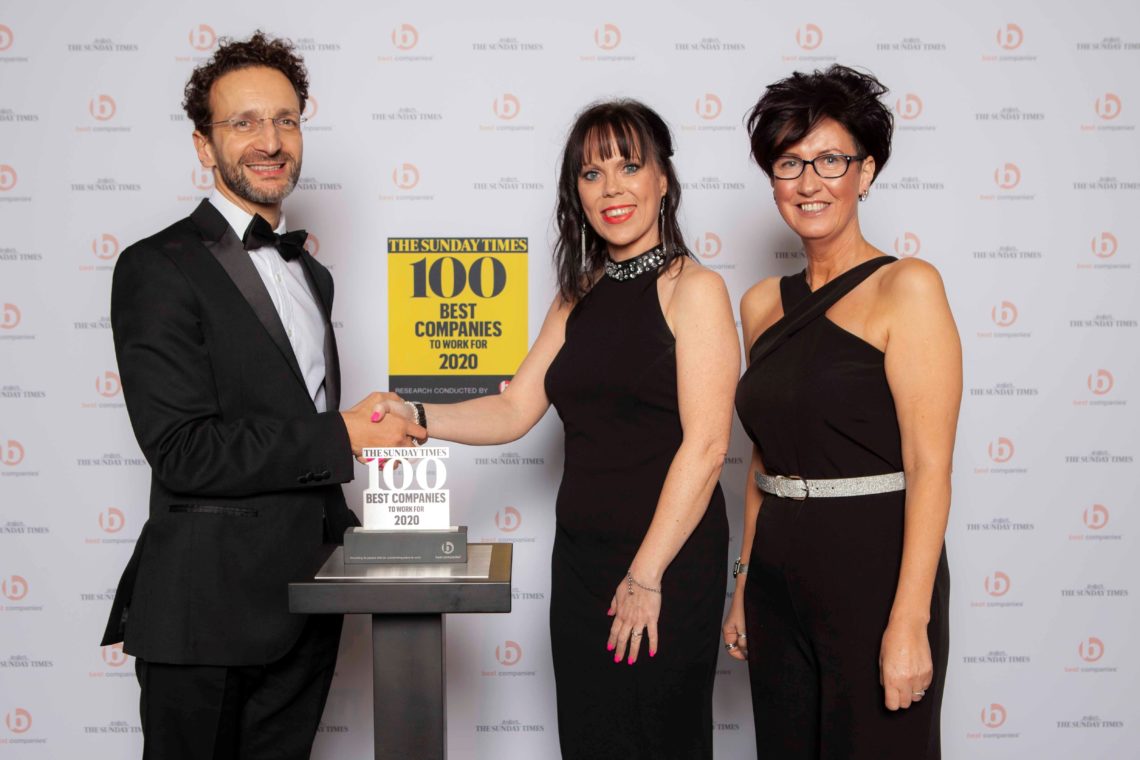 A Hull and East Riding, independent fuel and convenience retailer has been named in the Sunday Times Top 100 Companies to Work For list at number 32 under the Sewell Group umbrella.
Sewell on the go, which has thirteen forecourt retail outlets across Hull and the East Riding has been given its eighth Best Companies accreditation and fifth appearance on the Sunday Times Top 100 list.

The independent retail chain, which currently employs 233 staff, has also maintained its previous accolade of Best Companies 3 Star ‘extraordinary’ accreditation, which recognises the highest standard of workplace engagement, an area the team has seen an improvement on since their last listing.
Best Companies is the number one specialist for workplace and employee engagement in the UK and its survey, which was completed by Sewell staff, powers the Sunday Times Best Companies to Work For list.

The Sewell Group umbrella, of which Sewell on the go is part of, has now entered the Sunday Times Best 100 Companies to Work For five times in the past 10 years, including 2020, and has been successful in making the top 100 every time.

Twenty of the team from all over the North of England, and with 320 years of service between them, travelled down to the glamorous award ceremony to hear where the business had placed on the UK-wide league table.

Allison O’Sullivan, Sewell on the go operations manager, was presented with her opportunity to attend the awards ceremony at the company’s internal recognition ceremony, the Sewell Star Awards. She said:

“I was so proud to receive the award for Culture Champion at this year’s Sewell Star Awards, even more so when I found out it would mean I was attending the awards dinner for Sunday Times Top 100.

“I’ve been a mixture of nervous and excited about hearing the result but I was so proud to hear that we were number 32 this year.

“I think it’s a testament to the people that work for the business and the culture we maintain that we’ve made the list again and it really makes me feel very proud about where I work.”

Staff across the business were asked for their opinions in the independent Best Companies questionnaire focused around their manager and team, personal growth, wellbeing, giving something back, leadership, the company as a whole and a fair deal for employees, with the results showing they feel happy, engaged and recognised for their efforts.

The feedback helps to shape a Best Companies Index score, which determines a company’s accreditation level and position in the Sunday Times Top 100.

Patrick Sewell, managing director of Sewell on the go, said:

“It’s a great piece of recognition for the whole team and we’re really very proud of the result.

“We’ve worked hard this year to improve our team engagement – no mean feat with staff being spread across so many locations and such a variety in working patterns – but to see those efforts reflected in our result makes it all worthwhile.

“Collecting feedback from our team for this accreditation is a huge part of what helps us keep our team providing customers service with a smile. We can take action on the feedback provided and that’s important to us because we believe that one of the main reasons customers have such a positive experience in our stores is because of our people.”

The local, independent retailer has continued their commitment to their local communities working to reducing plastic waste by 50% through retail sites and taking part in caring for their local environment with team members volunteering to take part in local litter picking operations. They have continued their investment into local charitable projects like fuelling Tommy Coyle’s Box Clever bus and raising £5000 for Dove House Hospice through planned events. In addition they are continue to support local sports teams big and small from, most recently adding Hull City Ladies’ FC player, Helen Lynskey to the raft of local sporting sponsorships.