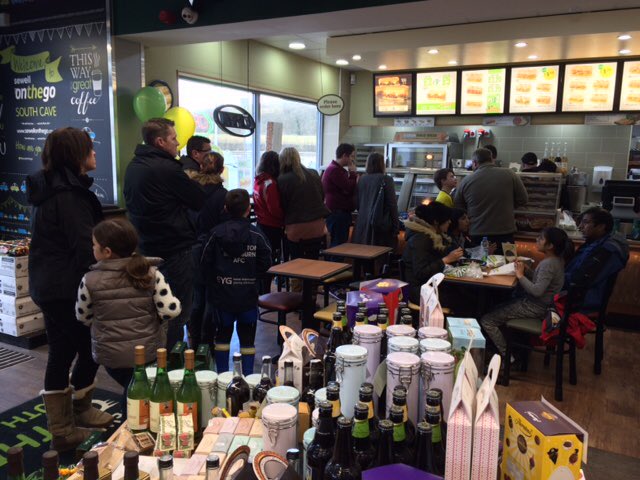 The 24-hour one stop shop for all grocery and fuel needs is the first Sewell on the go store to open the franchise and customers are already showing their approval, with over 6,000 sandwiches sold in the first month.

The extension at the South Cave service station, which is on the M62 corridor, has created 15 new jobs in total, with five in the main store and a further 10 at Subway, in addition to existing staff.

Subway staff are trained sandwich artists and spend two weeks in dedicated training before taking on the role.

“It adds extra value to the convenience offer we already provide, which also includes Costa coffee.

“We hope to be able to announce more Subways in other Sewell on the go stories later in the year.

“South Cave is in the ideal location to pick up everything you need for your journey, or call in on your way to or from work.”

Subway at South Cave is open from early morning through to late evening.

The official opening of Subway will be marked tomorrow (April 7), with a free six inch Sub available to anyone who buys a 99 pence drink between 10am and 7pm while stocks last.

Subway Sandwich Artist Paul Roberts said the food has been a hit with customers from the moment Subway opened its doors.

He said: “There has been a very positive response and a lot of excitement that Subway has arrived locally.

“It’s been very busy, especially at lunch times and over the Bank Holiday weekend. The queue was out of the door.

“It’s on the doorstop for local people, schools and colleges, families passing by and people travelling.

“People really enjoy the freshness and quality of service.”