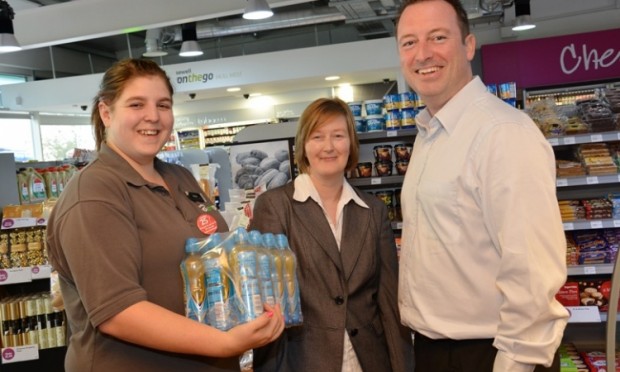 The Association of Convenience Stores (ACS) has today announced the appointment of Paul Hagon and Patrick Sewell as chairman and deputy chairman respectively.

Paul and Patrick will take on leadership roles on the ACS Management Board from 1 November 2014, replacing current chairman Jonathan James and Vice Chairman Neil Turton who have been in post since November 2011. Paul Hagon is the Group Strategy and Development Director for Palmer and Harvey. P&H is one of the biggest delivered wholesale providers in the UK, serving multiple, convenience, forecourt and CTN stores. Patrick Sewell is the Managing Director of the award winning chain of fuel and convenience stores Sewell on the go , serving over four million customers per year through a network of twelve forecourt in the North East. Patrick joined the ACS board in 2011.

“I would like to thank Jonathan James and Neil Turton for their unwavering commitment to ACS over the last three years. Under their leadership, ACS has become even more relevant and respected in Government and the industry through initiatives like the Local Shop Report and Voice of Local Shops survey, ACS is engaging with more retailers, and has seen a continued growth in the number of stores we represent.

“I am excited about taking on the chairmanship of ACS and working with the executive team to continue the great work that the organisation does in the core areas of lobbying, advice and networking to bring the convenience sector together under a common cause.”

“I’m honoured to be appointed as Vice Chair of the ACS Board.  ACS makes a huge positive contribution to thousands of independent businesses like mine, and I will continue to bring a local, family business angle to the conversations, working with Paul, James and the team.

ACS Chief Executive James Lowman said: “We are delighted to welcome Paul and Patrick to their respective positions on the ACS management board. Their experience will be invaluable as we continue to grow and offer more value to the sector.”

More information about ACS boards and committees can be found on our website:http://www.acs.org.uk/about-us/boards/