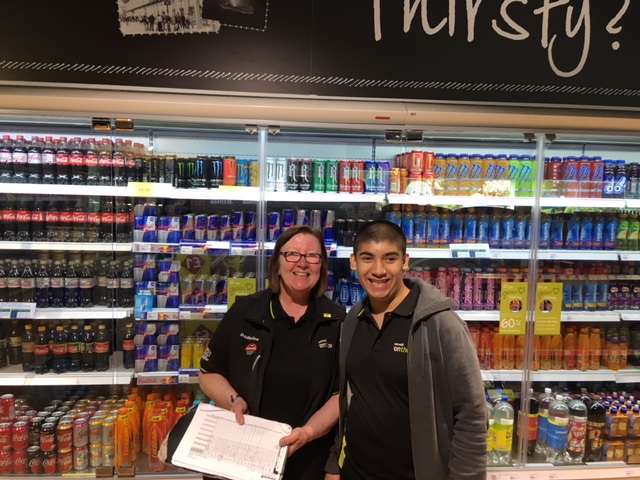 Sewell on the go have partnered with Work Insight, a project supporting students in secondary schools who have additional needs or at risk of becoming not in employment, education, or training, to offer work experience opportunities to young people.

Ehab, who has Autism, has been working with the teams at Chanterlands since the beginning of April. He is in his last year at Northcott School and he chose Sewell on the go for work experience as he wants to work in retail when he leaves education.

During his time, Ehab has been carrying out a variety of jobs, working in different areas of retail. This includes hourly toilet checks, food temperature checks, putting fresh food out for sale, helping with deliveries, putting stock out, observing what is involved in banking and stock counting. He has also had some experience working on the tills and understanding our the waste and reductions procedures.

Sales Assistant, Madeline, who has been working closely with Ehab said: “I’ve worked with Ehab for the last five weeks at Chanterlands and at first he was a very shy person, but during his work placement he has come out of his shell so much, the more he got to know the team.

“He loves gadgets so we’ve been working with that to help him during his time with us. He was a pleasure to have worked with.”

Ehab has now finished his work placement at Chanterlands. The team surprised Ehab with a framed photo, cake and certificate on his last day.

Katherine Batch, Sales Director, said “We were approached by Jo at Work Insight and we were really interested in getting involved, especially myself as it is something that is quite close to my heart.

“It is amazing to see how much he has progress during his time here. He was very shy when we first met him but now he displays so much confidence.

“His teacher has said that before he walked into class with his head down and wouldn’t speak in class.

“However, now she has said that he walks in with his head held high, he now speaks in class and has new friendships!

“It’s a great feeling knowing that they can now go to job interviews with experience which will help them into the world of work.”

Adam, who suffers from ADHD, has also joined the team at Wyton Bar for a five week placement.